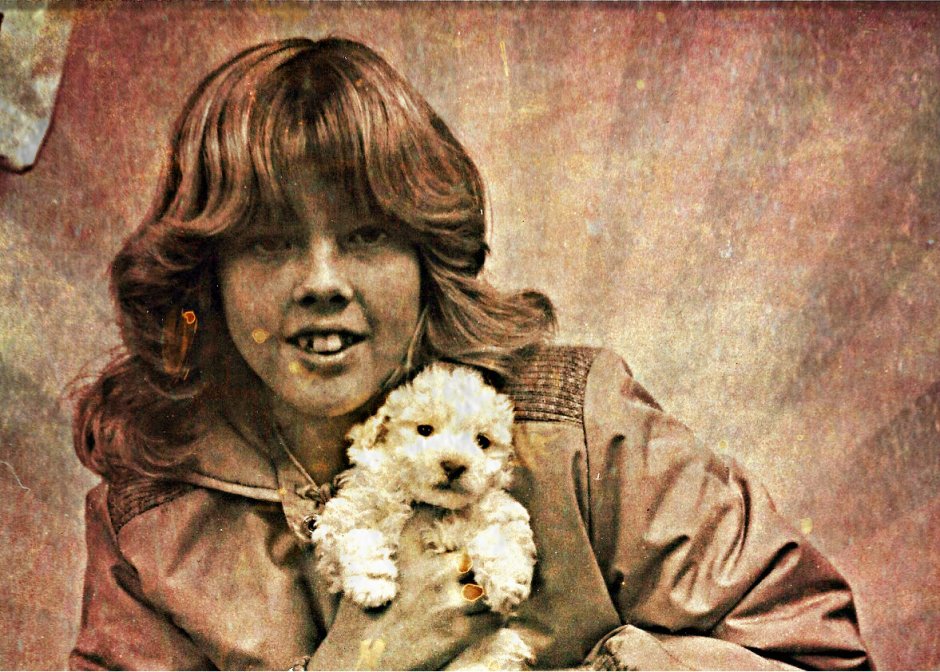 One of my pet peeves is people who don’t pick up after their pets. A walk in the spring is like tiptoeing through the pooch shit.

I had a dog once. The only reason we had a dog was because one of my mother’s clients offered it to us. It was a toy poodle. It was cute, especially when the groomers didn’t turn it into a topiary tree.

Up until that point, we begged for a dog, like most children do. Once, we brought a beagle 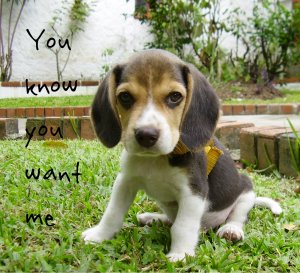 pup home when my dad was taking a nap. The sweet little thing nestled into his side and he stroked its tiny body and murmured to it and we thought we had him. But, no. The thing is he knew something about dogs that we didn’t. Dogs, like children, are a lot of work. Even though we insisted with all earnestness that we would faithfully perform all the care-taking, he knew that eventually the dog would become my mother’s and she had enough to do. But, apparently not, because it was she who initiated our procurement of a pup. She named the dog, Tasha, after the latest potent perfume she was peddling to the neighbor ladies.

her. We really sucked at taking her out. She would whine at my door at 4 am and I would put my pillow over my head. In the morning, I would leave my room and step into a still

smoldering pile of my neglect. She left them wherever she happened to be at the time. My dad once found a wee spot of pee and a puppy nugget on his brief case. She even pooped on our bathroom scale.

One early morning, she had dropped a trail of turds from the middle of the living room to the front door. My dad was furious. We were literally called on the carpet. As he did pooper scooper duty, he railed at us about responsibility. He became more and more frustrated and finally, in a fit of exasperation, he threw his hands into the air. One of the poops he was scooping flew up and stuck to the living room ceiling. It all happened in slow motion. I think that’s when we started taking better care. After we all had a good laugh, of course.

She was probably closest to the men in our family. When my dad came home from work, she would run to him wriggling and “roo-ing”. She said “roo” when she was excited. He

always had a nap after work and she would snuggle up and take one, too. If you interrupted this time, say to try and take her away, she met you with narrowed eyes and low growls. At night, she slept with my brother. She slept with me once and that was the end of it.

I was having a friend over. My friend had on those drag queen, press-on nails. She wanted the dog to sleep with us and I was fine with it. I didn’t know that Tasha was very

sensitive to sounds. Somewhere in the early morning, Tasha erupted in a barrage of barks, startling us awake, our limbs flailing. My friend’s arms went over her head and a loud crack rang out. We turned on the light to find her magic fingers completely demystified. A few of her nails now winked from the headboard. Tasha was banished from my bed. I take my sleep very seriously.

Tasha didn’t last long, maybe four or five years. She had a brain tumor. She would leap into the air when mom brought out her medication. The leaping lessened until the day she could no longer move her back end. Mom took her to the vet to have her put to sleep. None of us were brave enough to accompany her.

She was a good dog, so sweet, innocent, and happy. She was a loving, gentle friend who made our lives fuller. I’m pretty sure I’ll never own another dog, because I don’t live with my mother anymore. Still, I’m glad I had the chance to know Tasha, my mother’s dog.

Complete the experience. Go listen to Billy Currington’s Like my Dog.

Posts come out every Monday morning, a poem every third Monday. Scroll down to the bottom of the page to receive notifications of my posts via email. Follow me on Instagram username: pollyeloquent. Thanks for reading. 🙂

This site uses Akismet to reduce spam. Learn how your comment data is processed.

© Polly Mayforth Krause 2018. Please contact me prior to using any material published here.